Turboshop have a full dyno tuning facility set up in our Dunedin workshop to provide torque performance testing and diagnostics on engines under variable loads, from idling through to full throttle. We use a 4WD chassis dynamometer from DynaPack that provides greater precision in measurement in a safer, more controlled way than the traditional roller dyno.

How does the dynamometer work?

A dynamometer, more commonly called a dyno, is used to measure an engine’s output: It monitors things like horsepower, torque and fuel mixture, and can make adjustments after testing the engine load under different running conditions.
A typical dyno tune is about ensuring there is the correct air to fuel ratio to support the RPM and load on the engine, and to optimise the ignition advance curve accordingly.
Dyno tuning is essential after any upgrade, to maximize the potential of parts safely. Further checks to the tune are needed if changes are made to the engine’s air intake or in the octane of fuel used. This will pick up any losses or gains in power and the engine’s safety.

There are some major differences compared to a conventional rolling road.
The first and most obvious is the elimination of the tire to roller interface on a conventional roller dyno. The hub dynamometer instead uses a hub adapter that provides a direct coupling to the Power Absorption Units. This means there can be no tire slip, no rolling resistance, and no chance of the vehicle coming off the dyno at high speeds.
Tire temperature, pressure, traction – these are all variables that can change, and not only from run to run, but also during the run – using a rolling road dynamometer. Unknown variables like this have the potential to introduce high margins of error in the data gathered. The hub adapter dyno means these variables are eliminated.

Other problems associated with the roller method

Most roller dynos use ratcheting tie-down straps to help hold the vehicle in position while being tested. While this may be good for enhancing traction, it increases the load and changes the rolling resistance of the tire, skewing the data even more. As the vehicle squirms around on the rollers, this dramatically changes the tire drag during the run. If the vehicle is tested in two separate sessions, the strap settings can never be fully duplicated so the data will be inconsistent.

The effect of inertia

Some roller dynos (also called inertia dynos) operate on the principle that if you accelerate a known mass to a measured speed over a given time it can be calculated to equal a certain amount of power. There is nothing wrong with this in theory, but its application in the real world can be troublesome. Just trying to accelerate the mass of the roller is a substantial load for the engine, and energy that should be going into the dyno is being wasted trying to accelerate a large lump of steel.

Big alloy wheels and tires spinning at high RPM produce a large amount of inertia. A large steel drum spinning at the same ground speed has much more inertia. What you end up with is the equivalent of a giant, heavy flywheel attached to your engine, and this flywheel effect tends to take small, rapid variations and smooth them right out. Fine if you want your power curve to look like a smooth pretty line, but it doesn’t give you much insight into what is really occurring.

While nothing that has a spinning mass has "no" inertia, the inertia of the Dynapack is practically zero when compared to the total mass of the wheels, tires, rollers, and other associated hardware of a roller dyno. This allows tiny rapid pulses and oddities that you may not have seen before to be precisely measured and displayed providing a window into areas that no roller dyno will allow you to see.

Some examples of the minute differences not seen on other machines that can be reliably measured include:

In many situations, you may want to accelerate the vehicle at a different rate to simulate a specific condition. Another benefit of having virtually zero inertia is the ability to change the rate of acceleration at will.
Have a question about dyno tuning or how a dynamometer simulation can get optimum performance out of your vehicle?

Drop us a line 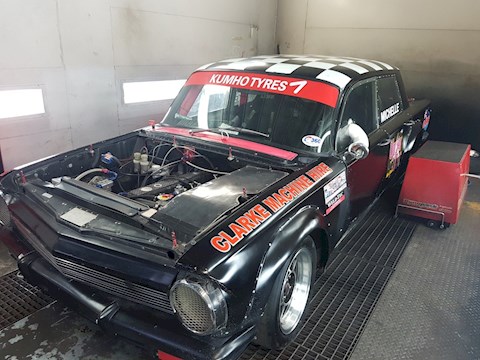 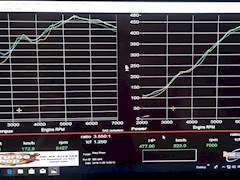 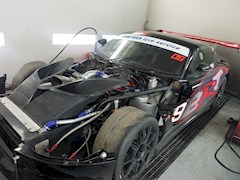 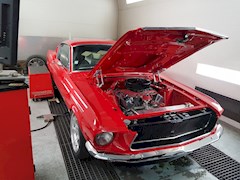 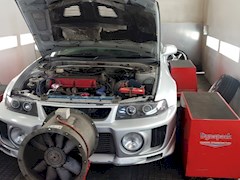